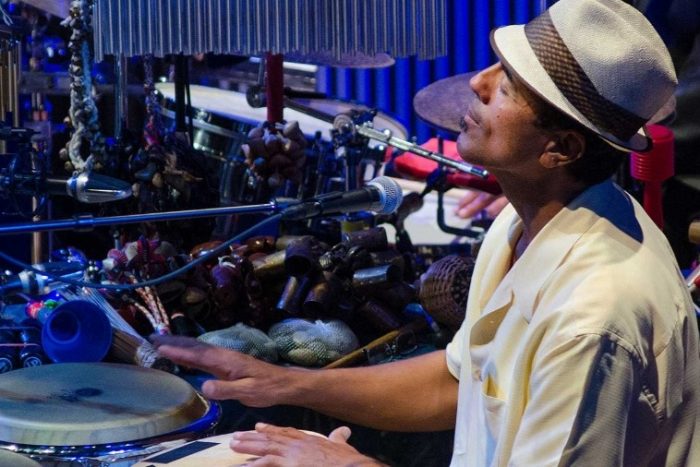 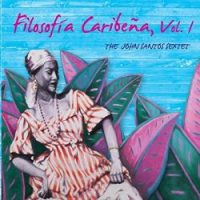 We have exciting news! We have been awarded a $15,000 matching grant from the East Bay Community Foundation’s East Bay Fund for Artists (EBFA) to finish Filosofía Caribeña 3, the ongoing third project in John Santos’ Filosofía Caribeña series of recordings. Volumes 1 & 2 were released in 2011 and 2013, respectively, thanks to two generous matching grants from the EBFA which were matched through individual donations by our highly esteemed and appreciated supporters and patrons. Like the first two in the series, Filosofía 3 consists of entirely original compositions and arrangements by The John Santos Sextet. Initial basic tracks for most of the compositions of Filosofía 3 were recorded between 2013 and 2019. As often happens with independent recordings, lack of capital causes long delays in the completion of projects and sometimes prevents them from ever seeing the light of day.

So, we humbly come to you, attempting to demonstrate the value in what we offer. We hope you will consider lending your support, presence, and encouragement to Filosofía 3 by donating and/or helping spread the word.

Funds raised and awarded through this grant will be used to offset:

3. The commission, recording, and production of at least one more brand-new composition by John Santos.

BUT – we only get the funds if we are able to raise the matching amount of $15,000 from our donor base by the second week of April (2020), thus showing significant support and interest from the communities we represent. This will only happen with your generous participation! No donation is too big or too small and all donations are 100% tax-deductible, thanks to our wonderful non-profit fiscal sponsor, The Freight & Salvage Coffee House in Berkeley!

Donating is simple through our GoFundMe sight that can also be accessed through my website (johnsantos.com):

For those who prefer to write checks (still 100% tax-deductible), please be sure to write Filosofía on the memo line and make them out to Freight and Salvage. They can be sent to The Freight at:
2020 Addison St.
Berkeley, CA 94704 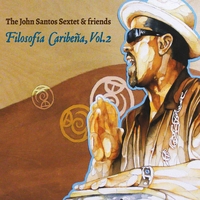 The concept of Filosofía Caribeña 3 is in line with its two predecessors in our attempt to reconcile political and social chaos by drawing upon traditional Afro-Latin philosophy and history that has given us strength, grounding, direction, understanding, and identity. The music and texts that emerge add to the continuum of artistic expression as “la voz del pueblo” (the peoples’ voice), expressing solidarity, documentation, resistance, and hope from the perspective of extremely diverse Latino communities throughout the hemisphere.

Music is a unique catalyst that uplifts, inspires and unifies, celebrates humanity, creates empathy across every conceivable border, and flies in the face of divisive politics. Independent music is not measured in terms of units sold, but in spirits lifted! Filosofía draws upon the traditional, sacred and contemporary rhythms, forms and concepts that inform the canon of Afro-Caribbean music. In particular, we focus on Cuban, Puerto Rican and Jazz elements as New Orleans, the birthplace of our national art form (Jazz), is a major part of the Caribbean community united by its ports throughout five centuries of colonial history. And just as improvisation has been a hallmark of survival for the colonized, musical improvisation plays a central role in Filosofía 3.

Filosofía 3 will be a double CD featuring an incredible line up of the creative spirits of more than 20 multi-generational artists, several of whom are iconic figures in Afro-Latin musical history, two having recently transitioned to the realm of the ancestors (Ernesto Oviedo and Jerry González):

We are forever grateful for your (continued) embrace of our work and for helping spread the word particularly during these difficult financial times that have us all thinly spread. And please mark your calendars for the live East Bay premiere performance of Filosofía Caribeña 3 at the legendary and friendly confines of the Freight and Salvage in Berkeley, CA in December of 2020. More details soon!