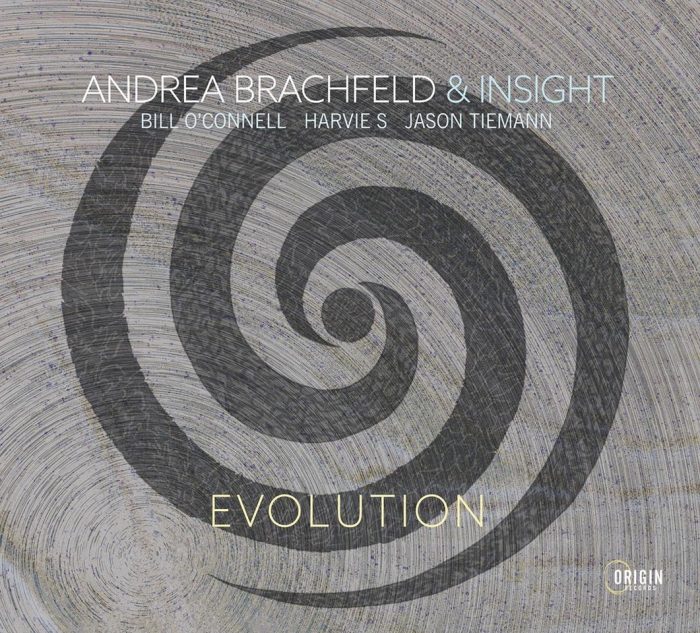 A central figure of New York City’s jazz and Afro-Cuban scenes for five decades, flutist Andrea Brachfeld, like most artists of the last two years, found a great amount of time to reflect on their art, community and humanity. For Evolution, Brachfeld’s writing was affected by her dive into children’s issues and the ongoing need for basic necessities even in the best of times. The pandemic led her to a wide-range of musical sources, each reflecting a universal message of the human condition. Qingauit from the Inuit Tudjaat, The Huts Song from the Central African Baka people, and Rabbi Shlomo Carlebach’s Ko Ribon, inject voices of discovery, trauma and celebration. With her longtime compatriots fully onboard, the music is allowed to respond to myriad influences, deftly blending into a distinctive voice.

Flutist, composer, arranger, producer, educator, and business owner, Andrea Brachfeld, is a graduate of The High School of Music and Art and the Manhattan School of Music. Study with Hubert Laws, Jimmy Heath, George Coleman, and Mike Longo helped her develop her own improvisational style.

Her breakthrough performance as the flutist for the popular Charanga band Charanga ’76, catapulted her into Salsa history and fame as the first female flutist to play this music in the United States.

As a high school student, she received the “Louis Armstrong Award for Outstanding Student” from Jazz Interactions, an organization created by Joe and Rigmor Newman. Downbeat magazine referred to Andrea as “one of the finest jazz flutists around.” She has twice been the recipient of the Latin New York Music Award. She received the Chico O’Farrill Lifetime Achievement Award from Latin Jazz USA in Oct. 2006 and the “Pionero Award” in 2010 for her contribution to Latin music. She was also awarded the, “Tribute to the Charanga Flutes,” given by Charanga Legends USA, in August of 2012.

While in Venezuela, having been contracted by music impressario, Renato Capriles, she had the honor of opening for Chick Corea and Paco de Lucia with her first Latin Jazz band in 1982.

She has appeared with the Winnipeg Jazz Orchestra as a soloist performing her own compositions as well as those of Mike Longo, longtime musical director for Dizzy Gillespie.

In September of 2015 she was awarded the title of “Best Jazz Flutist” by Hot House Magazine and her CD “Lotus Blossom” came out on Jazzheads Records in October of 2015. The featured performers on the CD include Bill O’ Connell, Rufus Reid, Winard Harper , Chembo Corniel, and special guest appearances by Wycliffe Gordon and Nancy Harms.

Andrea currently tours with her own jazz group, Andrea Brachfeld and Insight, featuring Bill O’ Connell, Harvie S and Jason Tiemann, and The Bill O’ Connell ACE project; Afro Caribbean Ensemble and Bill O’ Connell’s Jazz Latin group featuring Andrea Brachfeld. Her newest group ,”Andrea Y Su Charanga” has reemerged and has been playing concerts in and out of town. Andrea and the Dave Valentin Tribute band recently came back from a tour in Japan playing at the Cotton Club. In June 2017, Andrea was awarded a grant from the prestigious organization, Chamber Music America and the Doris Duke Charitable Foundation, to compose a new jazz work. Her CD, “If Not Now, When? ”  was released on the Jazzheads  label in May of 2018, and reflects this new music. Andrea’s latest project,”Brazilian Whispers” is a Brazilian Jazz recording which features her band, “Insight”, Bill O’ Connell, Harvie S, and Jason Tiemann, as well as guest artists Portinho on drums, Lincoln Goines on the bass, Roni Ben-Hur on guitar and Chembo Corniel on the congas and percussion. It was released in January of 2020 on Origin Music. She was also recently awarded the Presenters Consortium grant from Chamber Music America which provides funds for three concerts.