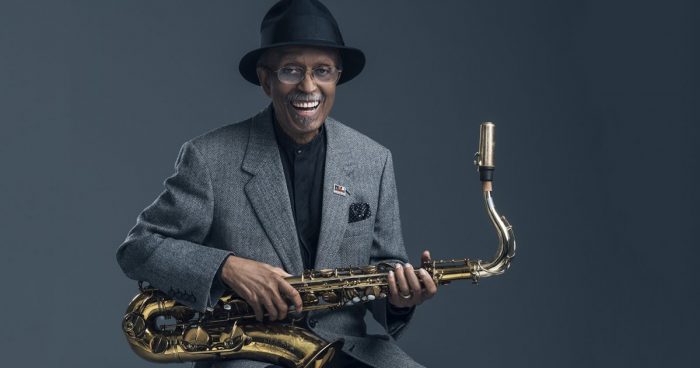 Town Hall will celebrate the life and legacy of NEA Jazz Master Jimmy Heath, the Music Director of the Queens Jazz Orchestra, in a virtual tribute – “I’m Back Swinging Again! – on Friday, June 19 at 7:00 PM. Mr. Heath, who passed away in January at the age of 93, had been due to return to Flushing Town Hall’s stage with his orchestra that evening.

The special event will feature appearances by many celebrated musical artists who have crossed paths – and taken the stage – with Jimmy Heath throughout his storied career. Among those who are participating are Jimmy Heath’s wife, Mona, and jazz legends Albert “Tootie” Heath, Barry Harris, Jimmy Owens, and Dorthaan Kirk; and members of Queens Jazz Orchestra, including Antonio Hart, David Wang, Jeb Patton and Douglas Purviance. There also will be testimonials about Jimmy Heath from special guests such as New York City Council Member Francisco Moya.

The event will be live-streamed on Flushing Town Hall’s Facebook page at www.facebook.com/flushingtownhall and feature excerpts from a previous concert by the Queens Jazz Orchestra, testimonials from family and friends, snapshots of Mr. Heath throughout his career, and several performances by his former colleagues.

Mr. Heath had etched a longstanding relationship with Flushing Town Hall, and a dozen years ago they together launched the 17-piece big band Queens Jazz Orchestra, a project of Flushing Town Hall, which since had performed for thousands of jazz lovers under his direction. “We are carrying on the American tradition of jazz by playing contemporary and historic compositions,” Mr. Heath said last year about the Queens Jazz Orchestra.

“Jimmy always felt at home at Flushing Town Hall,” said his wife Mona Heath. “The audience always gave him a warm, friendly reception and he treasured that. The best gift of my life was meeting him, and it means a great deal to me to know that his life story and his music will be shared on this evening. Thank you for keeping his memory alive.”

Born on October 25, 1926, in Philadelphia, PA, Heath was the second of the illustrious Heath Brothers to receive an NEA Jazz Master Fellowship and was the first Heath to choose music as a career path. Starting on alto saxophone, one of his first professional jobs came in 1945-46 in the Midwest territory band led by Nat Towles, out of Omaha, Nebraska. Returning to Philadelphia, he briefly led his own big band with a saxophone section that included John Coltrane and Benny Golson. Gigs followed with Howard McGhee in 1948 and with Dizzy Gillespie’s big band from 1949-50. As Gillespie once quipped, “All I can say is, if you know Jimmy Heath, you know Bop.”

During his storied career, Mr. Heath (who lived in Queens for many years) has performed on more than 100 record albums, including seven with The Heath Brothers and twelve as a leader. Jimmy has also written more than 125 compositions, many of which have become jazz standards. He has also composed extended works– seven suites and two string quartets– and he premiered his first symphonic work, “Three Ears,” in 1988.

In the early 1950s, he switched to tenor sax, playing with Miles Davis among others, and in the 1960s, he began his own recordings as a leader. By combining his versatile style of performing and his outstanding writing and arranging abilities, he has set a high standard of accomplishment in the jazz field. He has made more than 100 recordings and composed more than 100 original works.

In 1993, his Verve album “Little Man, Big Band” was nominated for a Grammy, and that same year he jammed with President Bill Clinton at a White House jazz concert produced by the Thelonious Monk Institute. He received the highest award in jazz a decade later: in 2003, the National Endowment for the Arts named him a Jazz Master.

As an educator, Heath taught at Jazzmobile, Housatonic Community College, City College of New York, and Queens College, where he had taken over the jazz program in 1986 and helped to create its master’s curriculum up until his retirement a decade later. Still, he continued to conduct workshops and clinics throughout the United States, Canada, and Europe.

He held honorary degrees from Sojourner-Douglass College and the Juilliard School, and has a chair endowed in his name at Queens College.

“Jimmy Heath was an iconic presence at Flushing Town Hall. Whenever we would announce that our Queens Jazz Orchestra would return, performances would sell out – because people wanted to come together to experience the music and the man,” Flushing Town Hall Executive and Artistic Director, Ellen Kodadek. “Even though we now must stay apart, this event will bring people together online; it will be an evening to celebrate his life and his legacy, but also to support future generations of jazz artists, something Jimmy Heath cared so deeply about. His spirit will shine this evening.”

Special thanks to Calvin W. Chan, Raymond D. Jasen, Ellen Kodadek, Anne Lewent, William McClure, and TeHsing Niu for underwriting a portion of FTH at Home: Global Arts for Global Kids. Although we cannot list every donor, Flushing Town Hall is grateful for all gifts received and wishes to thank everyone for their ongoing generosity.

About Flushing Town Hall
Flushing Town Hall (FTH), a Smithsonian affiliate, presents multi-disciplinary global arts that engage and educate the global communities of Queens and New York City, in order to foster mutual appreciation. As advocates of arts equity since 1979, we support local, immigrant, national, and international artists, developing partnerships and collaborations that enhance our efforts. As a member of New York City’s Cultural Institutions Group (CIG), we serve to restore, manage, and program the historic 1862 landmark on behalf of the City of New York. FTH celebrates the history of Queens as the home of Jazz, by presenting the finest in Jazz performance. We are committed to arts education and hands-on learning, for the arts-curious, art enthusiasts, and professional artists. We serve one of the most diverse communities in the world and strive to uphold the legacy of inclusiveness that has defined our community since the Flushing Remonstrance of 1657. 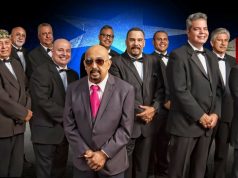