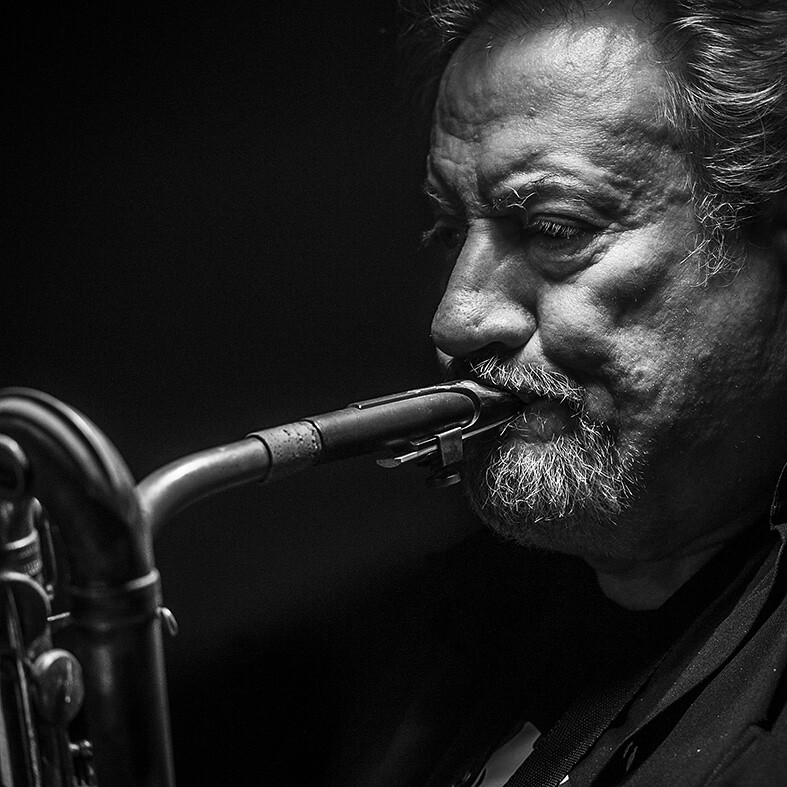 “In memory of my dear friend Ronnie Cuber who just passed away, he was truly one of a kind. Known mostly for his musicianship on the baritone saxophone and his contributions to an eclectic array of musical recordings span over 60 years. Ronnie delivered tasteful phrases on my album Harlem River Drive and his solo on Coast to Coast is one that epitomizes the type of range Ronnie always carried as a remarkable session player. He is one of those people who will forever live in my heart and the memories we shared on the bandstand and in studios will always be cherished. Thank you Ronnie, may your spirit roam free and be blessed!” – Eddie Palmieri

A powerful baritone saxophonist with a deep and expressive sound, Ronnie Cuber was a highly respected bandleader and session musician with a decades-long career playing in the jazz, pop, and Latin scenes.

Cuber emerged as a gifted jazz soloist in New York in the 1960s. He distinguished himself playing a wide variety of hard bop and Latin jazz with Maynard Ferguson, Dr. Lonnie Smith, Lee Konitz, Eddie Palmieri, and Mario Bauza, among others. He also became an in-demand session player and sideman, working with an impressive list of marquee artists like Frank Zappa, Billy Joel, and Chaka Khan.

While his 1976 debut, “Cuber Libre,” is an under appreciated Latin jazz classic, Cuber also contributed to landmark albums such as Paul Simon’s “Graceland,” Steely Dan’s “Gaucho,” and J. Geils Band’s “Freeze Frame,” to name a few. Cuber was also an active studio and touring performer while pursuing his jazz interests, regularly playing with the Mingus Big Band and releasing acclaimed albums.

Born in 1941 and raised in Brooklyn, New York, Cuber grew up in a musical family. His mother played the piano, and his father favored the accordion. By his teens, the gifted tenor saxophonist grabbed the attention of the noted jazz musician and educator Marshall Brown, who selected him to play with the Newport Festival Youth Band at the Newport Jazz Festival in 1959. Shortly after that, Cuber switched to the baritone as his primary instrument, drawing on Gerry Mulligan and Pepper Adams as influences.

By the early 60s, Cuber worked professionally with Slide Hampton and Maynard Ferguson. It was with Ferguson that he made his recording debut, appearing on albums like “The New Sound of Maynard Ferguson” (1963) and “Color Him Wild” (1965). Stints with Woody Herman and Lionel Hampton followed, as did sessions with Eddie Palmieri, Charlie Palmieri, and Mario Bauza.

By the 70s, Cuber regularly recorded, appearing in soul-jazz sessions with George Benson, Dr. Lonnie Smith, and Grant Green, among others. Cuber made his debut as a leader on the recording “Cuber Libre!” (1976), a propulsive Latin jazz date with pianist Barry Harris, bassist Sam Jones, and drummer Albert “Tootie” Heath. The album showcased Cuber’s distinctive style, mixing an aggressive, meaty tone with fluid, harmonically rich lines. He quickly followed up with the more post-bop leaning “The Eleventh Day of Aquarius,” which featured trumpeter Tom Harrell. Cuber also developed a fruitful relationship with saxophonist Lee Konitz, with whom he recorded several albums. He also recorded alongside R&B sax legend King Curtis, and there were notable hits with Idris Muhummad and Terumasa Hino, among others. During this period, Cuber also branched out into pop and rock, playing on Frank Zappa’s “Zappa in New York,” Average White Band’s “Soul Searching,” Chaka Khans “Chaka,” Patti Austin’s “Havana Candy,” and more.

Into the 90s, Cuber regularly performed with the Mingus Big Band (of which he was a founding member). It furthered his long association with Dr. John, touring and arranging for the singer. In 1993, Cuber returned to his solo work with “The Scene is Clean,” a lush Latin jazz session featuring organist Joey DeFrancesco, pianist Geoff Keezer, and others. He then issued a handful of albums for SteeplChase, including 1994’s “Airplay” and 1996’s “In a New York Minute.” He also organized an all-baritone Gerry Mulligan tribute and, in 2000, again toured with Dr. John. As a leader, Cuber stayed busy for SteepleChase, issuing 2009’s “Ronnie” and 2012’s “Boplicity.” In 2018, he returned with the standards-heavy “Ronnie’s Trio,” followed by “Four’ in 2019. In 2021, Cuber and baritone saxophonist Gary Smulyan released “Tough Baritones.” Cuber’s final recording, titled “Center Stage,” featured Steve Gadd, Eddie Gomez, and the WDR Big Band.

The cause of death was not disclosed; however, there is speculation that Cuber suffered from complications related to a fall in 2020.

Randy Brecker sums up Cuber’s legacy: “Although he was primarily known for his work on baritone saxophone, he played every reed instrument. Coincidentally, his death occurred on the birthday of the legendary baritone player Pepper Adams who, along with Gerry Mulligan, is often considered one of the most influential artists on that instrument. He had his own unique and powerful sound and was neither Mulliganesque nor Adamesque.” Cuber was a frequent member of the Brecker Brothers horn section, which also included David Sanborn and Barry Rogers, and played on countless pop, rock, and soul albums.

Ronnie Cuber is, without question, my favorite baritone sax player of all time! His deep, soulful sound will be missed but never forgotten. 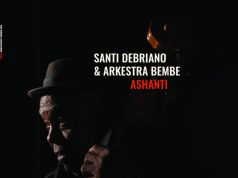