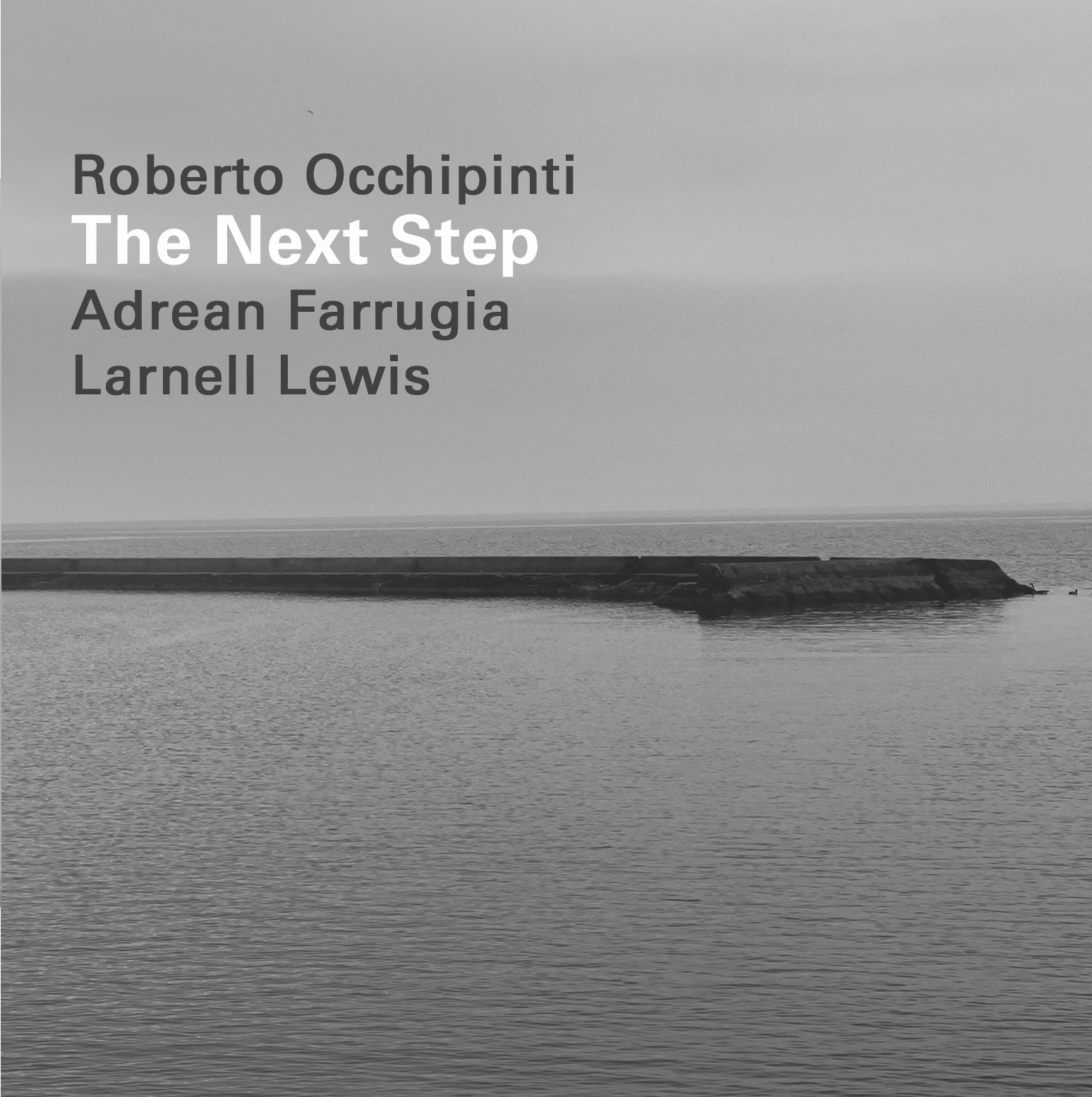 Modica Music is delighted to announce the release of Roberto Occhipinti’s latest record The Next Step on March 4, 2022. Joining Occhipinti to explore a tightly synthesized collection of influences from his diverse career are two musicians with roots in the Toronto music scene – pianist Adrean Farrugia and two-time GRAMMY winning drummer Larnell Lewis.

Bassist Occhipinti is an established presence on both the Canadian and International jazz scenes. A five-time Juno Award recipient, Occhipinti is in demand across an astounding range of contexts. The latter part of his career has seen Occhipinti recording with a number of Cuban musicians, on projects with Hilario Duran and Jane Bunnet in particular, but there are few formats Occhipinti hasn’t been involved in, from playing bass in Canada’s top-rate orchestras, to cutting-edge contemporary music, to Latin American performances, and work with top musicians from Africa and Asia. Performing credits span from John Cage and Terry Riley to Stevie Wonder, Tony Allen and Damon Albarn.

The Next Step, Occhipinti’s sixth release as leader, looks to synthesize his diverse collection of musical interests via a classic jazz format. During the pandemic, Occhipinti was fortunate to keep recording (he owns a recording studio, and heads up Modica Music). That precious time was used to consolidate the projects he was involved in, and move into a new creative space of his own – the piano trio: “I decided I would concentrate my own efforts on doing a piano trio project, one my favorite musical combinations.” This is Occhipinti’s first trio project as leader, taking inspiration from a host of the jazz greats. “It’s always been a favorite form of mine, from the time I started playing bass after hearing Ray Brown in the Oscar Peterson Trio, then moving on to the classic Bill Evans trio with Scott LoFaro, and finally in my work with the Hilario Duran Trio.”

It’s an important contribution to the world of bass-led trios, to which Occhipinti adds his own individual colorings. “My other recording projects were for larger ensembles with winds and strings. For The Next Step, I would be the string section, using techniques I learned in my career playing classical and contemporary music.” The result is a thoughtful, thorough synthesis of elements from a diverse and successful career.

The album opens with title track “The Next Step”, written as a memorial to recently departed friends, which introduces Occhipinti’s core sound – expressive bow-work and lightly textured string overdubs. Adrean Farrugia balances the roles of supportive accompanist and thoughtful soloist with ease, and the track breaks out into a loose jazz waltz, packed full of misty extended harmonies.

Every year on August 1st, Occhipinti celebrates “Emancipation Day” in Owen Sound, Ontario at the terminus of the Underground Railroad. Opening with Lewis’s expectant drums, the track has a Tony Allen-esque Afrobeat flavour, another chance to hear the twisting, turning piano trickery of Farrugia. “The Peacocks” is a ballad by Jimmy Rowles, to which Occhipinti adds atmospheric overdubs to his tenderly expressive solo work.

Though the record was partly an opportunity for Occhipinti’s solo delivery to shine, there is equal space for pianist Adrean Farrugia too. Occhipinti wrote Il Muro (The Wall) for him: “In a challenging year, he was always enthusiastic about playing, always wanting to move forward.” There are hints of Mulgrew Miller in the inlaid counterpoint and flowing piano; Lewis too throws himself into his solos in what becomes a sequence of open-hearted contributions.

“O Cessate Di Piagarmi” sees Occhipinti reach for another of his multitude of influences. The piece was originally written by Alessandro Scarlatti in 1640, and takes shape in a cool ballad featuring singer Ilaria Corciani’s voice, inventively arranged and reharmonized by Occhipinti.

Where O Cessate began as a film commission, “Three Man Crew” responded to a different brief – Occhipinti was challenged by collaborator Manuel Valera to write a piece in 30 minutes, and threes run through the track – triple time, three bar phrases, and performed, in its refined version, by the trio. It lilts along, Lewis and Farrugia sensitively accompanying Occhipinti’s dynamic touches, before settling on a groove that Lewis tries his level best to break out of.

“Opus Pocus” is Occhipinti’s hat-tip to Jaco Pastorious (“a major influence on my musical aesthetic, not only for the bass playing but also his composing and breadth of musical interests.”) It creeps along with a slinky beat, as a twisting folk melody works its way round the ensemble, moving into a grooving, blues-rock track closer to a Weather Report or Herbie cut. “Steveland” is another dedication – to Stevie Wonder, whom Occhipinti got to work with on his legendary Songs in the Key of Life tour. A tender Stevie-esque melody emerges after a quieter and freer opening, and there are clutches of Wonder-ish harmonic language scattered throughout.

Another foundational piano trio Occhipinti managed to see in the flesh was that of the great McCoy Tyner. “A Tynerish Swing”, the closing track, is a joyous tribute to the Real McCoy, a jaunty end to an album that covers a lot of ground and sees a new trio in sparkling form.