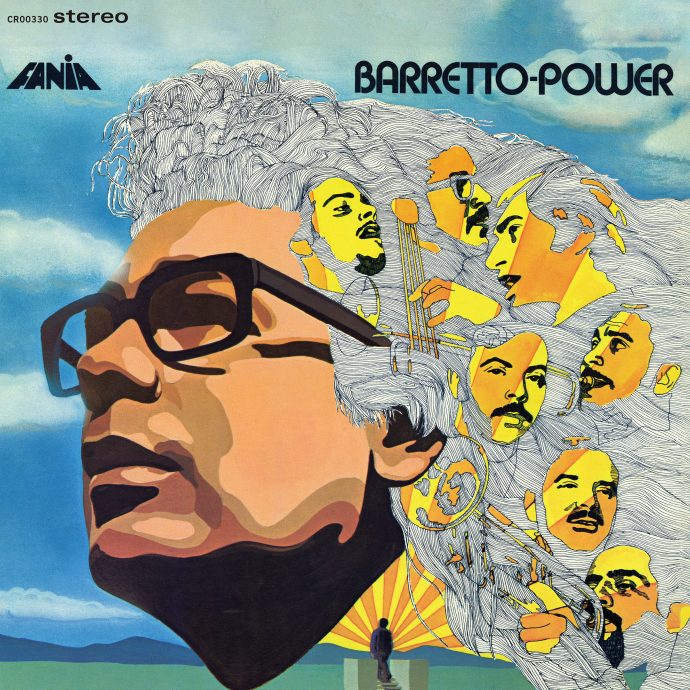 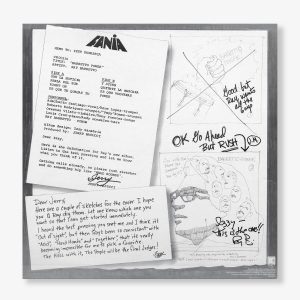 CRAFT LATINO, the Latin division of CRAFT RECORDINGS, is proud to present a 50th-ANNIVERSARY VINYL REISSUE OF BARRETTO POWER, out October 23rd. The album will also be released in hi-res 96/24 and 192/24 digital formats for the first time. Available for pre-order today, this album is the first in a string of genre-defining Afro-Caribbean masterpieces released by the conga drummer and bandleader RAY BARRETTO.

A member of the Fania All-Stars and a prodigious conguero who never allowed his technical chops to overshadow the funky groove of his orchestra, Barretto is one of the key artists in the history of both the Fania label and the New York salsa explosion. Born in New York of Puerto Rican roots, Barretto began his career as a young conga player, performing with some of the best jazzmen of his day, from Charlie Parker and Gene Ammons to Dizzy Gillespie and Kenny Burrell. Barretto’s accomplishments as a jazz and Latin musician were extensive – per Jazz Profiles from NPR, “Barretto is credited for being the first U.S.-born percussionist to integrate the African-based conga drum into jazz. This fact has designated him as one of the early ‘crossover’ artists in jazz – skillfully balancing his Latin leanings and his love for bebop throughout a long and successful career.” In the late ’60s however, he launched his career as a visionary bandleader with an intriguing fusion of Latin Soul, boogaloo, traditional Afro-Cuban dance formats, and a dash of Latin jazz. Just as the boogaloo movement was losing steam, Barretto found his true calling in the more rugged soundscapes of the emerging salsa movement.

Released in 1970 – a momentous year for tropical music – Barretto Power is the first in a series of iconic LPs that signal the bandleader’s coming of age, as he crystallized the specific sound – nimble, tight and funky – that he remains most closely associated with. There are a couple of socially conscious Latin Soul-flavored numbers in Barretto Power – the lyrics on the infectious “Right On” and closing jam “Power” are as timely today as when they were written 50 years ago – but most of the material here brims with salsa frenzy, boasting a tightly knit band of seasoned musicians like Orestes Vilató on timbales and a young Andy González on bass. Standout cuts include the timeless mega-hit “Quítate La Máscara,” which confirms Adalberto Santiago as one of the most talented Afro-Caribbean singers of his era, and the fast and furious “De Qué Te Quejas Tú,” by legendary Puerto Rican composer Tite Curet Alonso. Written by Barretto himself, the opening cut “Oye La Noticia” includes a transcendental piano solo by Louie Cruz and lyrics condemning envy and jealousy among artists – one of Barretto’s favorite topics.

Barretto would go on to record a number of definitive salsa albums during the ’70s: The Message (1971), Qué Viva La Música (1972), and Indestructible (1973), to name a few. Barretto Power, however, remains particularly enchanting because it signals the starting point of his creative apex. In later decades, he would react to the fall of the salsa era by switching gears and recording in the Latin jazz genre. But until the end of his life in 2006, the emotion was palpable in his voice whenever he remembered his classic salsa days.

This new edition of Barretto Power boasts all-analog mastering by Kevin Gray at Cohearent Audio and marks the first vinyl reissue since its original release. The 180-gram vinyl has been manufactured at Memphis Record Pressing.

Craft Latino is home to one of the largest and most prestigious collections of Latin music master recordings and compositions in the world. Its rich and storied repertoire includes legendary artists such as Antonio Aguilar, Joan Sebastian, Pepe Aguilar, Celia Cruz, Héctor Lavoe, Willie Colón, Ray Barretto, La Lupe, Ruben Blades, and the Fania All-Stars, to name just a few. Renowned imprints with catalogs issued under the Craft banner include Musart, Fania, TH, Panart, West Side Latino, and Kubaney, among many others. Craft creates thoughtfully curated packages, with a meticulous devotion to quality and a commitment to preservation, ensuring that these recordings endure for new generations to discover. Craft Latino is the Latin repertoire arm of Craft Recordings. For more info, visitCraftRecordings.com and follow on Facebook, Twitter, and Instagram.