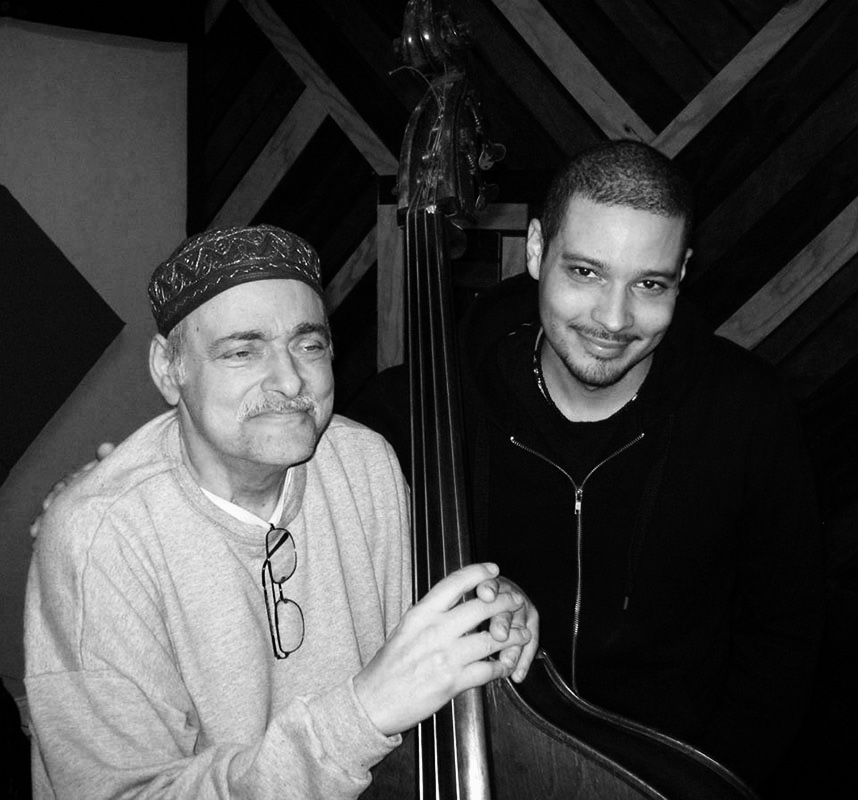 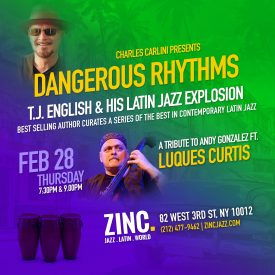 It’s not often that a student gets to pay his respects to a mentor and friend while they are alive. That happened at The Zinc Bar on February 18, 2019, when the rising bassist Luques Curtis paid tribute to master bassist Andy Gonzalez in front of family, friends, supporters and a packed house.

Andy and Luques met when he and his brother, pianist Zaccai Curtis, were teenagers and members of the group Latin Flavor and Andy appeared on the same bill with Ed Fast’s band. After the show, Andy launched into a rant about the fundamentals of the bass and shared some valuable tips with Luques. The conversation marked the beginning of a long and fruitful relationship.

At the Zinc, the evening was historic in more ways than one. With the recent passing of his brother, Jerry Gonzalez, and Andy virtually silenced due to a prolonged and incurable illness, the performance represented the passing of the torch. Those who were fortunate enough to be there realized that the chances of seeing Luques and Andy together again were, at best, slim to none.

In the best of times, Andy is stoic and a man of few words, but the tribute visibly moved him. Also, towards the end of the set, I saw Andy give Luques a congratulatory thumbs up.

In attendance were Andy and Jerry’s family, friends, and supporters. His nieces, Xiomara and Marisol, Ted and Abby Curtis, documentarians Richie Brinez (who filmed the event) and Alfie Alvarado, journalist Russ Musto, the bassist Joe Santiago, who played a significant role in Luques’s development, and the trumpeters Carlos Abadie and Kali Peña.

The icing on the cake was a homemade cake baked by Abby Curtis, which she lovingly served to everyone and anyone.  Special thanks to the presenter, TJ English, and the Zinc Bar’s Dangerous Rhythms series.

Post-Script: Andy Gonzalez died on April 9, 2020, due to complications from a pre-existing illness. He was 69.