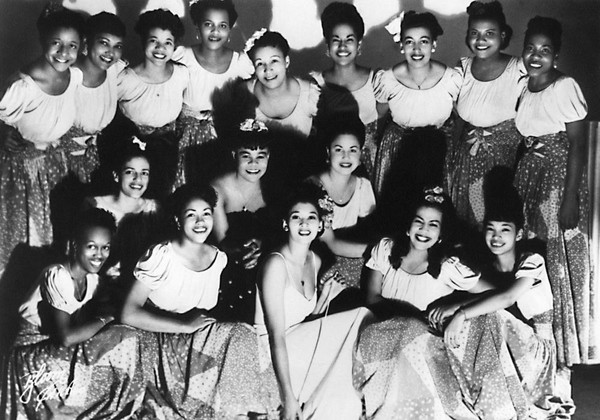 In the third interview with colleague Basilio Serrano, we discuss his most recent book, Puerto Rican Women from the Jazz Age – Stories of Success. The book documents how Puerto Rican women were present in early jazz and film and played trailblazing and innovative roles. Serrano became interested in women’s studies, as it relates to Boricuas when he was a member of the faculty of Brooklyn College of the City of New York in the 1970s. As the instructor and Deputy Chair of the Department of Puerto Rican Studies, he developed and introduced a course syllabus for the class “Women in Puerto Rican Society.” After Brooklyn College, he joined the faculty at the State University of New York College at Old Westbury, where he was introduced to the staff of The Feminist Press. The publication heightened his sense of the importance of Woman’s Studies. The subject of this work goes one step further with the inclusion of women in jazz and film studies as a focal point. While I prepared for the interview, I discovered a passage by the journalist Federico Ribes Tovar, who wrote: “History, in general, tells us little, or nothing regarding (Puerto Rican) women.” Regrettably, not much has changed. Please read on as Serrano shares his insights and explains how he is changing the narrative, one book and a lecture at a time. 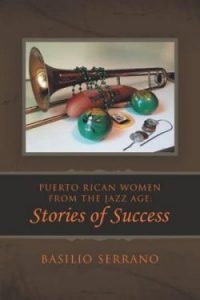 TP: Why did you choose to write about Puerto Rican women from the Jazz Age?

BS: The contributions of Puerto Rican women are significant, but they haven’t received the credit they deserve. It hasn’t occurred to anyone to write a biography about Diosa Costelo, Elsie Bayron, the Rivera sisters, or others in the book (15 in all). I wanted to create something for general readers and academics and demonstrate how jazz and the jazz age liberated women.

TP: In a past interview, you said, “Many academics write about sociology, psychology, and political science, but when you mention you are writing about music or the music community, it’s no longer important or significant. It’s prejudice against the study of the music producing community.”

I’m familiar with the Rivera Sisters, the Bayron Sisters but, until I read the book, I was not aware of Blanca Castejon, Cecilia Callejo, Mapy Cortes, and Olga San Juan.

BS: Olga San Juan is one of the few people whose name matches her birthplace, but the media had the public believe she was born in Brooklyn. Also, in 1929, Olga (Medolago) Albani was the host of the NBC radio show, “In Old Madrid, which was broadcasted coast to coast and popular with a mainstream audience. Olga was a proud Puerto Rican, but NBC covered up her identity by branding her a “Blue-Blooded Spaniard.” I wanted to rectify errors such as this.

BS: They are products of the Jazz Age (1920s, 1930s), which helped liberate women. They were independent, hard-working women, “go-getters” who got things done. Also, the stories dispel the misconception at the time that Puerto Ricans are lazy, “do-nothings,” and says something about who we are and who we’ve been. Several of them traveled from Puerto Rico to New York on steamships alone, with nothing but a hope and a dream.

TP: That reminds me of the trombonist, composer Juan Tizol, who arrived in the States as a stowaway. Have you had the opportunity to present the book in Puerto Rico and the States?

BS: Recently, I was the principal speaker at the Casa Paoli in Ponce. Also, I spoke about the life and music of Olga Albani and Olga San Juan on the radio show “Caravanas de Recuerdo” (WIPR, Puerto Rico). On March 12th, I will present the book at the Center for Puerto Rican Studies in New York City.

TP: To the best of your knowledge, are female artists in Puerto Rico aware of the rich legacies of these women?

BS: That’s hard to say, but the ones I have spoken to are mostly familiar with jazz singers in the States. Keep in mind this is the first book of its kind and these things take time. For example, when I began the research for Juan Tizol – His Caravan Through Life and American Culture (2012) he was known in musical circles but virtually unknown to the public.

TP: How do you measure the impact?

BS: One way is, to see who has it. I check with the World Catalogue to see who has it. The last time I checked, Columbia University, Yale, Harvard, and Princeton among others, have it. Also, I present the book at cultural events, book fairs, and bookstores.

TP: One artist you feature is the popular singer, actress Lucy Fabery.

BS: While I was doing the research, I discovered her discography was incomplete. Luckily, the trumpeter, bandleader Humberto Ramirez recorded two albums with her. Through the information I got from him, I was able to put together a complete discography.

TP: In 2019, he and Danny Rivera released a contemporary tribute to the late, great Puerto Rican musician and composer Cayetano César Concepción Martínez (a.k.a Cesar Concepción).

Recently, you returned from Puerto Rico, where the earthquakes and aftershocks on the southwestern part of the island are ongoing. What was your experience?

BS: Many musicians traveled to the affected areas and entertained the public at no cost. Among them, Willie Rosario, William Cepeda, Humberto Ramirez, Danny Rivera, El Topo, and Ismael Miranda, among others. They urged the public to give to specific organizations, not the Government!

TP: The public’s perception of musicians as “entertainers” is myopic. During times of crisis, music brings joy, healing, and recovery. There are several organizations in Puerto Rico, including Musica y Pais and the Flamboyan Fund who are doing exceptional work in that area. I close with a roll call and a recently discovered passage by the late, great Nina Simone: “There’s no excuse for the young people not knowing who the heroes and heroines are or were.”

SEE PR PROJECT on this site, for past interviews with Basilio Serrano and articles on Boricua Pioneers, Angelina Rivera, Anita Otero, and Julita Ross among others.