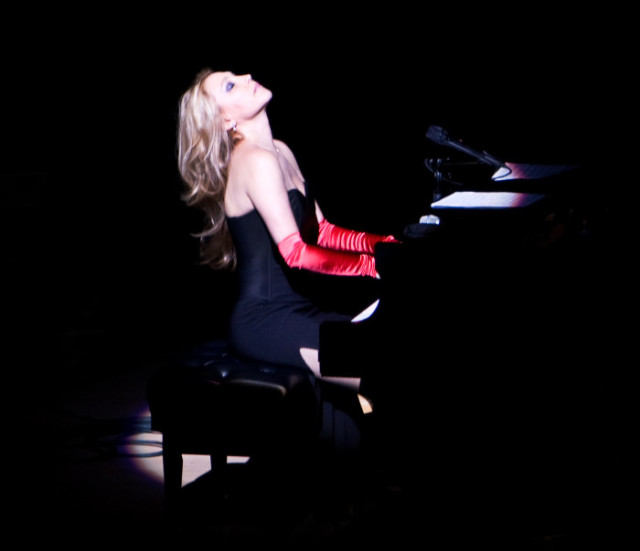 Pianist, singer, songwriter Eliane Elias is known for her distinctive and immediately recognizable musical style, which blends her Brazilian roots, alluring voice, and impressive jazz, classical and compositional skills. With 25 albums demonstrating her unique gifts as a pianist, singer, composer, and arranger and melding her immense talents in jazz, pop, classical and Brazilian music, Eliane Elias is as Jazziz magazine has called her, “A citizen of the world” and “an artist beyond category.”

When I spoke with Eliane via telephone, she was jet-lagged and under the weather. But she was enthusiastic about her upcoming record on the Blue Note label, titled Bossa Nova Stories.

Tomas Peña: Congratulations on the release of “Bossa Nova Stories.” I understand the recording has been released in Europe and Japan. When can we look forward to a U.S. release?

I have been paying tribute and giving continuity to this music for years!

Before we speak about the album, could you enlighten me on the origin of Bossa Nova? The music is part of America’s soundtrack, however, I get the sense that the public doesn’t appreciate how revolutionary Bossa Nova was when it was first created.

I was very fortunate to have grown up in Brazil during a time when Bossa Nova was in the streets, on the radio, on television, it was everywhere. I often say it is part of my DNA because the music was so intense and growing was fantastic. Brazil has such an incredible musical history.

I grew up during the 1960s, but the first Bossa Nova tunes like, “Desafinado” and “Chega de Saudade,” were launched in 1958. What most people fail to realize is, the songs didn’t go over with the public immediately because they had these twisted harmonies and melodies. If you think about it, it’s no coincidence that the word, “Desafinado,” means “off-key.” At first, the music was booed because it differed from anything happening in Brazil.

Composers, like Antonio Carlos Jobim, and Joao Donato were influenced by the great American composers and jazz musicians. Jobim, who is the equivalent of Cole Porter, loved the music of George Gershwin, and Donato loved Stan Kenton. He had a portrait of Stan Kenton hanging in his bedroom. Also, they were influenced by Gerry Mulligan, and Chet Baker and the songwriters who wrote standards. Those rhythms mixed with our rhythms. The result was the way a Brazilian might hear jazz and bebop.

Jobim was influenced by the impressionists, Ravel, Debussy, and Chopin, and nature, love, poetry, and things that everyone can relate to emotionally. Add the melodic aspects, and you combine ingredients and a new groove called the Bossa Nova.

I have been reading books and listening to interviews, and I learned that when they created the Bossa Nova they were trying to create a groove that would appeal to younger people – thus Bossa Nova or New Bossa Nova – but in their wildest dreams they could not imagine that it would become so universal and eternal, and leave such an indelible impression on Brazilian music and the world.

So when the Bossa Nova finally came out, there was this incredible combination of pleasant, sensual rhythms sung in this beautiful, soft language (Portuguese) combined with beautiful harmonies and melodies. It was fantastic.

Thank you for the Master Class!

How was Bossa Nova received elsewhere?

Music is such a universal language. I’m touring Bossa Nova Stories, and people just love it. It’s great to listen to; it’s uplifting, and it’s the music the world needs. I love to perform! These days, I get up and sing, go back to the piano.

You sing now more than you used to. Initially, you were more interested in playing than singing.

That’s an interesting comment. On Amanda (Passport, 1985), my first recording, I sing throughout the entire record.

I stand corrected. As fate would have it, that’s the one and only recording I do not own.

It’s no longer available. Randy Brecker loved my voice, so I went along with him even though I just wanted to play the piano. After “Amanda,” I continued doing instrumental things and eventually I sang.

Last night, I watched a video of myself and I thought to myself, “That’s not me anymore.” Since then, my voice has opened up. I hope you can make it to Dizzy’s at Jazz at Lincoln Center in January (2009). When you do, you will say, “Wow!” For me, it’s so beautiful for me to see the development of my “other” instrument. After all these years, the possibilities have opened up, and there are a lot of songs I want to sing.

Let’s revisit your early years as a child prodigy and emerging pianist. You were born in Sao Paulo, Brazil. Your mother played the piano.

She wasn’t a professional musician. She played classical music, loved jazz and collected jazz recordings, which were very influential. I fell in love with jazz as a child, and I transcribed music at an early age.

Your father was a world traveler and a music lover.

We (Brazilians) couldn’t import records, but by the time I was thirteen I had lots of jazz records and tons of transcriptions, thanks to him. Eventually, I was accepted by one of the most prestigious school’s in Brazil. After graduation, I taught piano and performed by night.

When I was seventeen, I was playing in a club and Vinicius de Moraes, who was Jobim’s writer, approached me. They loved my playing and invited me to join them on an international tour, and I accepted. I traveled with them until Vinicius died in July of 1980; then I moved to New York.

Although I was much younger than the creators of Bossa Nova, I didn’t learn about the genre second-hand. I witnessed, lived and breathed it the music in the presence of greatness. The importance of keeping the continuity and authenticity of the music has always stayed with me.

Tell me about your current working band.

I am fortunate to have Oscar Castro Nueves, an incredible Bossa Nova guitarist, and Paul Braga, who was Jobim’s drummer for twenty years and bass player Marc Johnson, a virtuoso and incredible musician who has lived the music. I can’t imagine a bassist playing more beautifully and authentically than he does.

Traditionally, Bossa Nova recordings have always had big orchestras, and though it’s a significant expense, I feel very fortunate that I can do it because it’s such a beautiful and important part of the music. That’s how we created “Bossa Nova Stories,” by recording some of the first Bossa Nova tunes, and including standards, especially my favorite songs by Frank Sinatra like, “Too Marvelous for Words,” “Day in Day Out,” “They Can’ Take That Away From Me,” which are great vehicles for Bossa Nova.

I wanted to add something new because there are so many great songs that can be done this way.

Tell me about your transition from Brazil to New York.

Sometimes I look back and say to myself, “How did I do that?” I did not speak English, but somehow I communicated what I wanted to do. New York was not very intimidating; it felt very tiny.

In some respects, it is.

If felt a little like Disney World, and I felt very safe compared to Sao Paulo, which is a very crazy cosmopolitan metropolis. After that, things happened quickly for me. I went to jam sessions and got noticed right away, and I was offered good opportunities early on.

You were a member of the popular jazz-fusion group, Steps Ahead.

How I got into the group is an interesting story. I went into the studio to do a demo tape. Bassist Eddie Gomez recommended Peter Erskine, Michael Brecker, and Mike Mainieri to produce the demo. They heard me play and asked me to join the band. It was fantastic because it gave me my first taste of international exposure. We played festivals, and we were the first and only acoustic quintet with four guys and a diva! In the title, they included, “Introducing Eliane Elias,” which was very nice. After that, I married Randy Brecker and had my daughter, Amanda. Then Randy and I worked as co-leaders and recorded Amanda (the album). After that, I signed with Blue Note Records and began my solo career.

Speaking of your daughter, Amanda, she recently recorded her first album titled, Here I Am.

Yes, she is doing well. She is the only non-French teacher who teaches at the United Nations.

It climbed to the #1 spot on the Japanese charts.

When Bossa Nova Stories was released it went to #1 on the Japanese charts and her album bumped mine! I am very proud of her, that’s what I like to see.

It was wonderful. I was embarrassed because they insisted that I sit onstage. I was sitting eight feet away from Bebo. After the concert, we went back to the hotel. When we arrived, I was exhausted and ready to go to my room, but Bebo wanted to have champagne and hang out.

How could you possibly refuse? It’s not everyday one gets to “hang” with a legend! 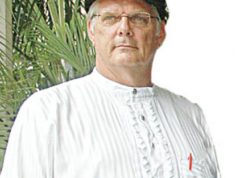 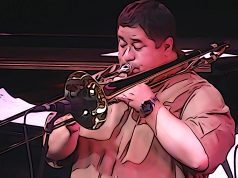 Soundscape, The Latin Side